Association Between Self-reported Prenatal Cannabis Use and Maternal, Perinatal, and Neonatal Outcomes.

Cannabis has shown promise in treating several medical conditions but its effects on pregnant women and developing fetuses is unknown. This study aimed to investigate the association of self-reported cannabis use by pregnant women and unfavorable maternal and perinatal outcomes. The main outcome the researchers investigated was early preterm births amongst a cohort of 661,617 women. 6.1% of women who did not use cannabis experienced preterm births before 37 weeks in comparison to 12.0% of women who used cannabis during their pregnancy. The results indicate that pregnant women should not use cannabis during the weeks of their pregnancy or leading up to pregnancy. Nevertheless, future studies should be conducted to investigate the impact of cannabis on pregnant mothers and developing fetuses with respect to cannabis ingestion at different gestational stages. Further, the study reports that cannabis use amongst pregnant mothers is increasing. However, it is entirely possible that increases in self-reported cannabis use correlate more-so with cannabis decriminalization and reducing social stigma rather than an empirical increase in cannabis use amongst pregnant women. 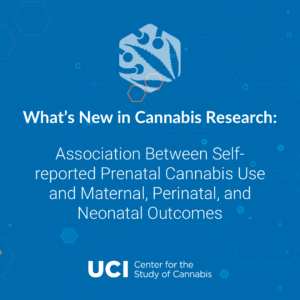